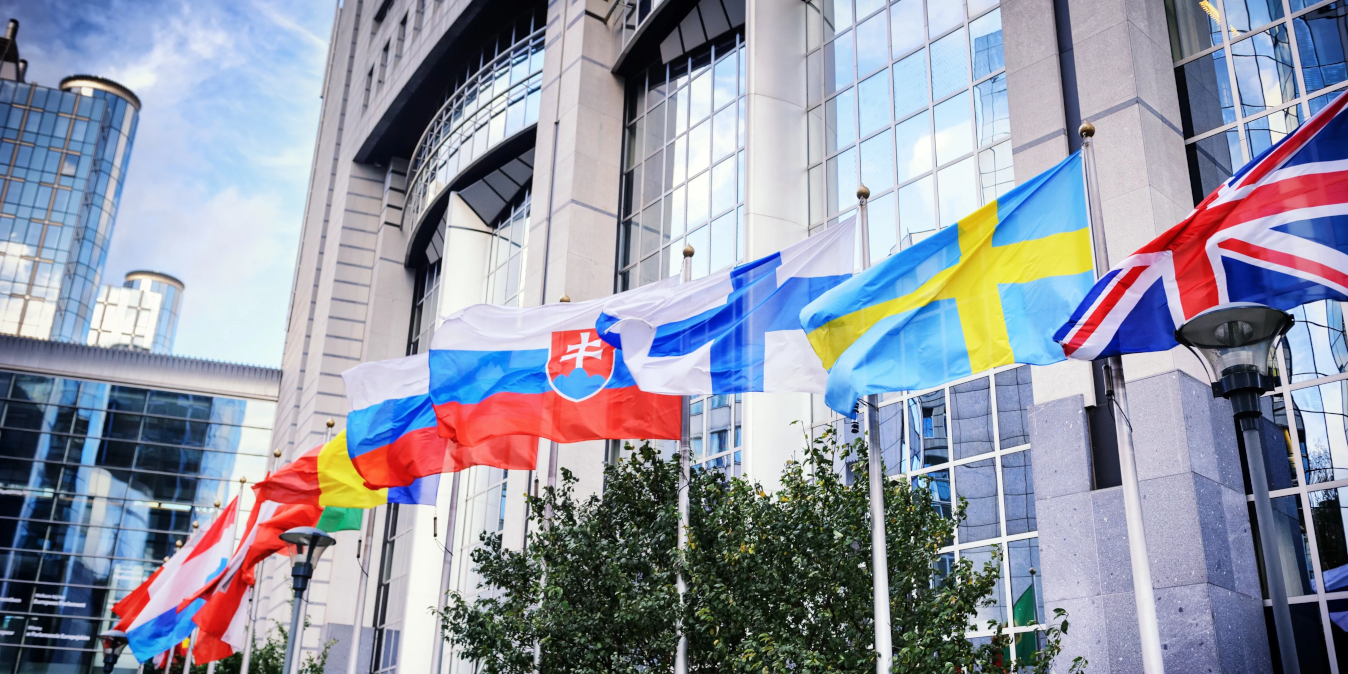 MEPs ask thousands of questions to the European Commission each year and during the 2009-2014 term of the European Parliament, over 10,000 questions were tabled. At Inline, our job is to cut through the noise, so here are the five most important questions for the tech sector in 2018.

The answers can give a snapshot of the Commission’s thinking and plans for future policy. The questions, however, tell us what issues MEPs and those they represent are most concerned about, and these concerns can have far reaching implications for the European tech sector.

Here are the most important five questions for the tech sector from the past 12 months:

Artificial intelligence often operates in “black boxes, for which there is currently no standardised process to ensure the absence of bias or their proper functioning. At present, countries such as the US and China are moving fast to put in place their own standards, which could be detrimental to European citizens and companies, who may enjoy a lower level of protection as a result.

How does the Commission intend to defend the interests both of companies developing artificial intelligence systems and of their users (public and private)? What is the Commission’s view on the balance to be struck between the right to experiment and regulation of the use of AI? [Full question]

With AI being used to develop everything from pricing algorithms, rankings and user interfaces, the direction that the EU takes on this issue will have far reaching consequences for a range of business models. Given that the question is entitled the “need for regulations and standards in the field of artificial intelligence”, the views of these senior MEPs are clear. Furthermore, a report produced by Mme Delvaux in 2017 called for the Commission to produce “a legislative instrument on legal questions related to the development and use of robotics and AI foreseeable in the next 10 to 15 years”.

The Commission’s response outlines its Communication issued in April 2018, which argued for a ‘wait and see approach’. This includes the creation of a group of AI experts to inform the Commission’s next steps, alongside the European AI Alliance, a forum in which stakeholders across the EU can take part. What the Commission’s answer does not mention is that these two groups will be key in drawing up a set of AI ethics, which will act as a cornerstone for future policy measures under the next Commission in 2019. [Full answer]

2. The regulation of online platforms 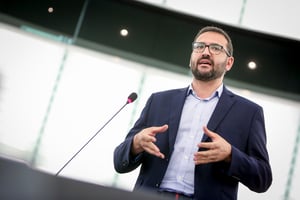 “Fake reviews are already banned under EC law, but the ban has proved almost impossible to implement. Increasing the transparency of platforms regarding how they control the authenticity of reviews would improve the fight against this phenomenon.

"Neither the recently proposed New Deal for Consumers nor the regulation on platform-to-business relations (P2B) seem to tackle this issue sufficiently. Why did the Commission not tackle this problem in these proposals?”. [Full question]

Online reviews are just one area that MEPs and stakeholders feel may have been overlooked in the Commission’s New Deal for Consumers and P2B Regulation. These are the first pieces of legislation aimed at online platforms as a sector, respectively setting transparency rules for information shown to consumers and a framework for how businesses should be treated when using online platforms. Debates on both these pieces of legislation have already shown that it is likely that further legislation will follow.

The Commission is yet to give a response to this question, but an essential part of the P2B proposal includes the establishment of an Observatory on the Online Platform Economy, which will begin its work in September. Using this Observatory as a guide, the Commission has already said that it will monitor to see if further legislation is needed, and that the Observatory will initially work on algorithmic decision making, online advertising, data, data access, discrimination and online content. 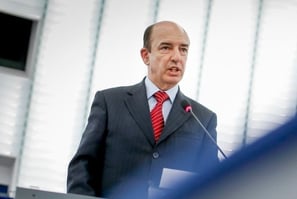 In light of the Facebook/Cambridge Analytica data scandal, “will the Commission take any form of disciplinary action against Facebook?” and “what steps will it take to ensure the data of people in the EU who use social media is protected?”. [Full question]

Beyond the headlines of Mark Zuckerberg being called before different legislators around the world, the recent revelations on privacy have reinvigorated debates in Brussels which had reached a stasis. When the EU adopted its General Data Protection Regulation (GDPR) in 2016 there were many who said that the legislation was either unnecessary or that it would stifle digital innovation in the EU. While GDPR was eventually shaped into a compromise that the tech sector could live with, the Cambridge Analytica scandal has given a new impetus to another data privacy proposal, the proposed e-Privacy Regulation. Like GDPR before it, the e-Privacy Regulation has been held up by discussions among Member States in the Council of the EU, nevertheless we can expect that privacy around online data is not going away as a major political topic in Europe.

The Commission’s response to the question points towards the creation of a Social Media Working Group to monitor the situation and that data protection authorities are being encouraged to work together following the scandal. Beyond this, there have already been calls for the swift adoption of the e-Privacy Regulation, notably from the Commission, who in their May Communication on the completion of the Digital Single Market called on the Council to adopt its position as soon as possible. The control which users have over the use of their data is bound to be subject of greater scrutiny in the future, particularly through the Observatory on the Online Platform Economy outlined above. [Full answer] 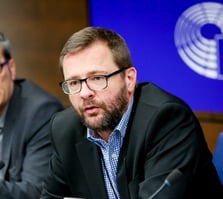 Calls for stronger management of illegal and offensive content online have been growing in recent years, yet fake news is a more recent challenge compared to illegal content. Furthermore, fake news stands out strongly in the minds of EU legislators as well as Member States, who see how misinformation may have affected recent elections, and face elections in May to elect a new European Parliament. It its response the Commission makes a clear distinction between fake and illegal content, which offer separate challenges and have different potential policy solutions. This is an important point, and one that many parliamentarians around the world miss or choose to ignore.

In its response, the Commission highlights that it is considering whether legislation is needed based on the uptake of non-binding recommendations issued in March 2018 on how to tackle the spread of illegal content. Meanwhile, fake or misleading information is more nuanced in its challenge. The crux of the issue remains whether tacking fake news could put free speech at risk and so far, policies have focused on increasing media pluralism, fact checking, awareness and training. [Full answer] 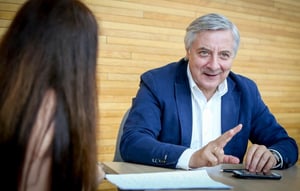 5. Taxation of the digital economy

“In a recent report on Internet platforms, Parliament demanded that platforms pay taxes in the countries where business takes place and profits are generated. What is the Commission’s view of the previously mentioned facts and will it put forward proposals in line with the demands made by Parliament?” [Full question]

Mr. López’s involvement in producing the report that he references means that he will be aware of the difficulties with digital taxation. Whilst reconsidering how tax is calculated is a priority area, there is little consensus on how this should be done or at what level. The EU is having to balance answering growing calls to act whilst avoiding policies that run counter to existing efforts at international level in the Organisation for Economic Cooperation and Development (OECD). The dilemma centres on finding a quick fix which may have unintended consequences or waiting for a potentially unachievable solution at an international level.

At the time of its response, the Commission had released a Communication explaining that before acting it would monitor efforts to address digital taxation in the OECD. Since then, two proposed Directives have been put forward. One is for a short-term 3% revenue tax on certain digital services, and the other is a long-term measure to create the concept of “significant digital presence”, to allow the taxation of profits generated in specific Member States. Member States are currently discussing both proposals in the Council of the EU with concerns among certain groups that their adoption would isolate the EU and discourage foreign companies from operating here. [Full answer]

What do these questions tell us?

These five questions are emblematic of the concerns that MEPs have around the tech sector. Understanding their concerns and finding the right way to manage them is vital for anyone looking to make a big impact in European markets. If you would like guidance on what’s happening in EU policy making and how to get involved in the conversation, then please get in touch.

All MEP photos copyright of the European Parliament