The Commission's 2030 Digital Compass: can it deliver and secure a future for Europe in the global digital economy?

In March, the European Commission presented its strategy for a digital transformation of Europe: the 2030 Digital Compass. Recognising that the pandemic has exposed the vulnerabilities of Europe’s digital space and its dependence on non-European technologies, the Compass defines some bold objectives to strengthen the European digital economy. However, there are many challenges to overcome.

In this blog we will focus on two of these challenges, exploring the fields of semiconductors and quantum technology. These are two very sensitive sectors where the European Union risks being side-lined by the US, and China, as well as Taiwan and South Korea. With this in mind, the question is whether the EU and its member states can deliver on the objectives in the Digital Compass.

In its 2030 Digital Compass, the Commission has identified four ‘cardinal points’ with a set of objectives to achieve the EU’s digital goals before the end of the decade:

To ensure that these objectives are met, the 2030 Digital Compass sets out a joint governance structure with Member States based on a monitoring system with annual reporting in the form of ‘traffic lights’.

Achieving these objectives will be challenging, particularly in three areas. For instance, with 7.8 million ICT specialists working in the EU in 2019[1], the Union will have to more than double this number within a decade. Also, Europe lags way behind China, Australia, South Korea, the US, as well as some Middle East countries in 5G technology. This risks the EU repeating the same mistakes that were made with 4G, which led to a situation with no European digital champions. Last but not least, catching up with other countries in semiconductors and quantum computing might prove the biggest challenges. Let’s take a look at this third area. 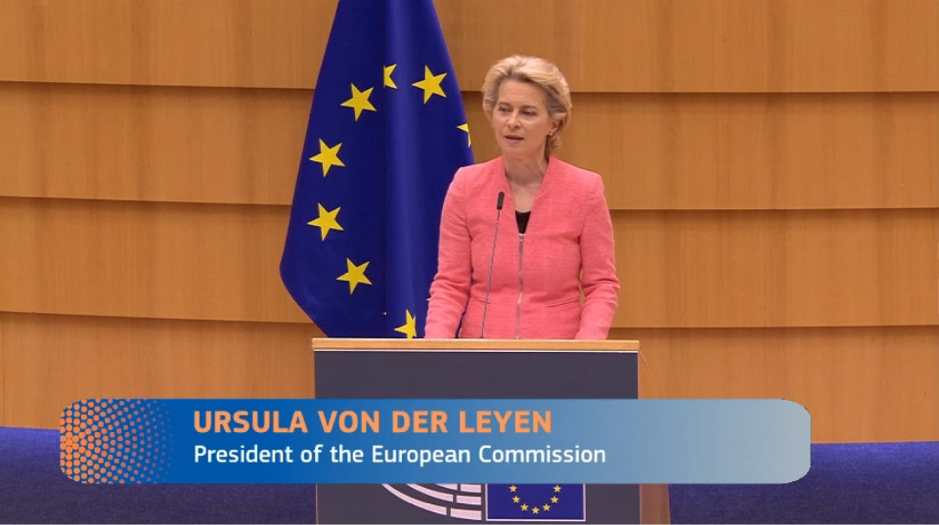 20% of Semiconductors Manufactured in Europe by 2030 – a tough objective

In addition, European producers are lagging behind their competitors in terms of technology and investment in R&D. Semiconductors at current technology nodes (7 nm and 5 nm) are largely produced outside Europe, mostly in Taiwan and South Korea[3]. Overall, the capital expenditure (CapEx) of EU semiconductor manufacturers has been low over the last ten years – between 3% and 4% of total industry expenditure – while the top five global semiconductor spenders accounted for 69% of all semiconductor CapEx in 2019. For 2021 alone, the two industry leaders, Samsung (South Korea) and TSMC (Taiwan), plan to spend $28 billion in CapEx.

Last but not least, the EU will also have to compete with China, Japan and the US which are also trying to increase their self-sufficiency in semiconductors. 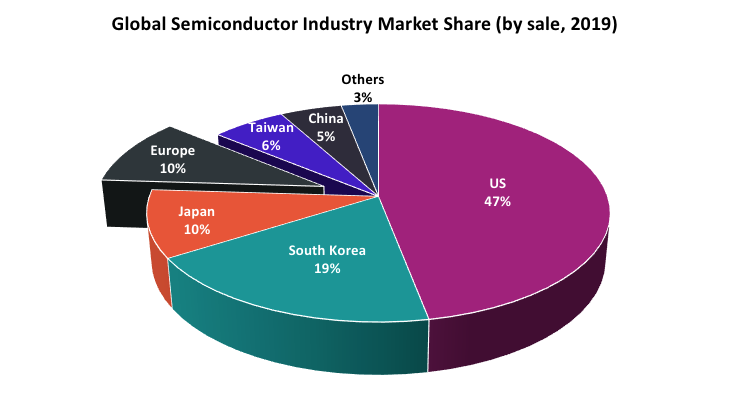 To achieve its objective, the European Commission can count on the support of its Member States. In a joint declaration in December 2020, 20 countries agreed to work together to bolster Europe’s electronics and embedded systems value chain. The joint declaration aims to enhance cooperation and increase investment in equipment and materials, design, and advanced manufacturing and packaging, pledging EUR 145 billion to the task over the next three years.

At the end of 2020, the media reported conversations between EU officials and Samsung and TSMC to increase the number of semiconductors produced in Europe. The project would include building an advanced semiconductor factory in Europe and exploring how to produce semiconductors with features as small as 2 nm chips. In late April 2021, Intel said it might invest in a new production facility in Germany, provided it receives public funding for the project. The European Commission is also talking to Europe's leading firms and research institutes about launching an alliance during the second quarter of 2021 to pool investments and set up joint projects.

In addition, the EU has some strengths which could help achieve the Commission’s objective to Europe’s add weight in the semi-conductor industry:

Still, the EU’s semiconductor ambitions might come at a high price. In May 2021, Intel made it clear that public authorities would have to contribute towards the building costs, if it sets up a new plant in Europe. Altogether, taxpayers might have to absorb some 40% of the price tag ($10 billion for a new plant), as has been the case in Taiwan and South Korea.

Quantum computers: can Europe stay in the race?

The Commission’s objective to invest in quantum technologies, to build a first computer with quantum acceleration (a conventional computer coupled with quantum devices) by 2025 and be at the cutting edge of quantum capabilities by 2030, represents another challenge for the EU.

Several initiatives have been launched by the EU, such as the Quantum Technologies Flagship, a € 1 billion research and innovation initiative. In September 2020, the Flagship announced some promising results. These included a proof-of-concept for building a scalable European quantum computer based on trapped ion technology; a quantum computer demonstrator with 10 qubits; an operational prototype of racked 50 qubits; and a seven-qubit machine, a stepping-stone to much larger machines. The goal of the Flagship is to reach a comparable level of functionality as Google’s quantum supremacy[4] result in the next two years.

In April 2021, the Flagship launched the European Quantum Industry Consortium (QuIC) to coordinate between industry players. As part of the European High Performance Computing Joint Undertaking (EuroHPC JU), the Commission announced in March 2021 that it planned to build state-of-the-art pilot quantum computers by 2023. These would act as accelerators interconnected with the Joint Undertaking’s supercomputers.

Much is also happening at national level. In February 2021, the German Ministry of Education and Research awarded € 12.4 million to a consortium led by IQM to commercialize application-specific quantum processors. In France, Atos is playing a leading role with its Atos Quantum Learning Machine, the highest performing quantum simulator in the world, launched in 2017. In January 2021, President Macron unveiled the French quantum strategy allocating €1.8 billion up to 2025 to quantum computing, sensing and quantum communications.

Still, it remains unclear whether these initiatives will suffice to give the EU a competitive edge. In the US, the National Quantum Initiative Act of December 2018 made quantum technology a national priority with $1.2 billion dedicated to its development over the next decade and $625 million to be invested in five research centres specialising in quantum information over five years (to be added to $340 million brought by the private sector and universities).

The US can also rely on major players such as Google, IBM and Microsoft, which all are making significant efforts to develop this technology, not to mention start-ups such as Rigetti. China, also made quantum technology a key priority in its thirteenth five-year plan (2016-2020). In 2017, Xi Jinping’s government announced that it would build a $10 billion national laboratory for quantum information sciences. In December 2020, China's leading quantum research group created a prototype quantum computer, “Jiuzhang”. China’s tech giants such as Alibaba, Baidu, and Tencent also are also active in this sector.

The Digital Compass is a significant milestone in a domain where the European Union and its Member States risk being left behind other global players. It confirms the determination of European Union decision makers that they must do more to ensure that the European Union produces digital champions, something that it was unable to achieve in the past.

That being said, much remains to be done to ensure that the Commission’s strategy leads to concrete measures and actions with sufficient weight to achieve its much-needed objectives. The following months should be crucial as the Commission enters the implementation phase of its new strategy. The Director General for Communications Networks, Content and Technology (DG CNECT) is also expected to launch a wide consultation shortly. More importantly, the Commission intends to publish a digital policy programme to ‘operationalise the Digital Compass’ during the third quarter of 2021. The Commission expects to publish A Declaration of Digital Principles by the end of the year.

It will also be interesting to see if the efforts that the Commission is dedicating to the negotiations with Samsung and TSMC and to creating an alliance with European Union leading firms and research institutes leads to concrete outcomes.

Although there is much to do, the Commission is to be congratulated on its determination to strengthen the EU’s digital economy and compete with other regions. The Digital Compass will show the way but the EU needs to take the steps to complete the journey and not be put off by challenging terrain and hostile competitors.

[3] Intel’s facility in Ireland currently produces 14nm semiconductors and has been cleared for expansion to 7nm.

[4] Quantum supremacy is considered to be reached when a quantum computer outperforms a classical computer by orders of magnitude.

The Swedish Presidency’s Programme – for a greener, safer, freer Europe