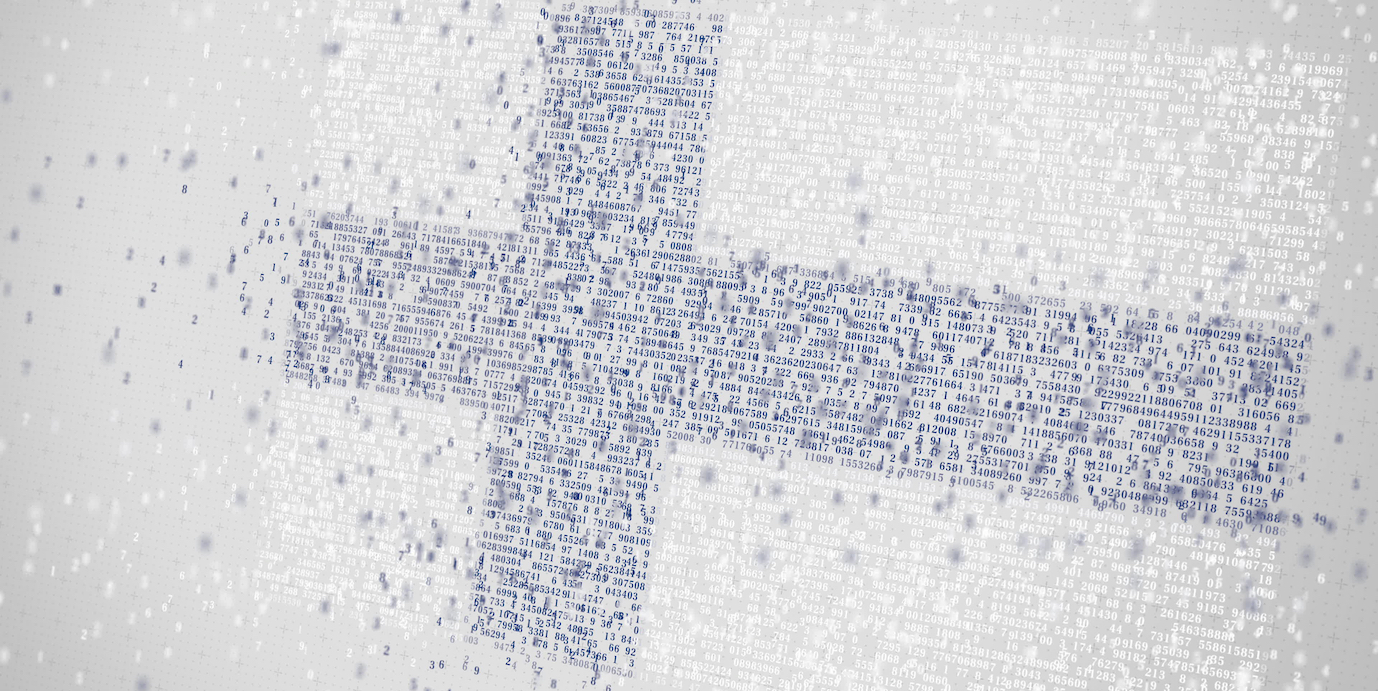 Finland’s Presidency of the Council of the EU begins on 1 July and presents opportunities for the tech sector to engage with policymakers in a broadly pro-technology Member State who will be in a leadership role over the six-month presidency.

As we approach the end of Romania’s Presidency of the Council of the European Union, attention is now focused on the policy priorities of the incoming Finnish Presidency. Finland last held the rotating Presidency in 2006, a time when its national flagship firm - Nokia - was a world leader in mobile technology and enjoyed an estimated 40% of the global market share in handset sales. Finland will assume the Presidency of the Council from 1 July 2019 for a six-month term, but political uncertainty stemming from national parliamentary elections in April has delayed the publication of its official work programme, expected later this month.

The rotating Presidency system is a largely administrative position with limited ability to shape specific long-term policy programmes. This is particularly true for smaller Member States who may lack the administrative capacity or resources to maximise the agenda-shaping potential of their Presidency term, but the Presidency does nevertheless allow them to influence the short-term priorities of the Council.

Finland’s Presidency comes at a time of significant institutional transition within the European Union and a clear watershed moment for the tech sector as we enter a legislative cycle with tech-related policy issues high on EU policymakers’ agendas. The policy debates taking place over the next few months may influence the direction of both the finalising of legislative files under this Commission and the legislative agenda for the coming 2019-24 term.

Understanding the role of the Council Presidency system, as well as Finland’s priorities for its term, will be important for companies looking to identify and engage on policy opportunities and regulatory threats, connect with policymakers and stakeholders, and map the long-term direction of the next legislative cycle.

Changes introduced by the Treaty of Lisbon in 2009 created a more structured and consistent rotating Presidency, refocusing the position on internal administrative and organisational leadership rather than a broader influence on long-term policy direction. The Council of the European Union is the principal decision-making body of the EU alongside the European Parliament and is composed of ministerial-level representatives from Member States coming together to discuss a collection of policy issues known as ‘configurations’. Member States holding the Presidency are responsible for coordinating the Council’s work through planning and chairing meetings at all levels (excluding the Foreign Affairs Council), representing the Council in EU inter-institutional relations and acting as an ‘honest and neutral broker’ between Member State governments. Within the legislative process, the rotating Presidency is responsible for leading trilogue negotiations with the Commission and Parliament on legislative proposals in order to achieve a common position; a role which demands diplomatic tact and the ability to drive compromise amongst Member State representatives.

The rotating Presidency enjoys significant influence through its role in coordinating agendas for meetings of both the Council and other groups, such as working parties of government officials. Although primarily an internal organisational function, this role allows the Presidency to prioritise certain policy or legislative items above others and drive movement on a particular issue or area it has identified within its six-month work programme. These six-month work programmes will reflect the high-level programme set by groups of three Member States who hold sequential presidencies working together (known as ‘trios’). The trios produce an 18 month work programme to ensure consistency and coherence in their policy priorities across their combined periods of holding the Presidency.

An additional – and similarly influential – element is the role of the incumbent Member State in chairing and hosting events and driving ‘thought-leadership’ in policy. A representative of the Presidency chairs Council meetings of working groups and experts, placing the government holding the Presidency at the centre of  these specialised, issue-specific meetings which seek to focus on developing and cross-cutting policy issues that may not yet be the subject of a legislative file. The Member State also hosts informal ministerial meetings to debate policy in specific areas. Finland has already confirmed that it will host informal Competitiveness, Environment, Justice and Home Affairs, Foreign and Defence, Finance, and Agriculture ministerial meetings in Helsinki over the course of its presidency, alongside “close to a hundred” working group and expert meetings.

In addition, the Member State frequently hosts a range of events, both high-level and informal, on specific topics of focus for the Presidency. These events provide a well-defined and interactive setting for those looking to engage with policymakers.

The institutional dynamics of the Finnish Presidency

Finland is one of the world’s most advanced digital economies, ranking third within the European Union behind Denmark and Sweden in the 2018 Digital Economy and Society Index (DESI). Finland is a key member of the ‘Digital 9+’, a group of EU Member States seen as leaders in digital policy including the digital transformation and the Digital Single Market (DSM). More broadly, Finland’s economy was ranked sixth in the EU in the World Economic Forum’s 2018 Global Competitiveness Index. Finland can therefore be expected to contribute substantial regulatory know-how, policy expertise and insight on the technology sector during its Presidency term which may be reflected in the Council agenda and its ability to promote a more tech-friendly approach.

The Finnish Presidency of the Council comes during a period of institutional transition within the European Union, which presents both opportunities and challenges for the tech sector. Following European parliamentary elections in May, incoming Members of the European Parliament (MEPs) for the 2019-24 legislative term will sit in Plenary from July and a new College of Commissioners will be confirmed in October. High-level vacancies including the presidencies of the European Commission, European Council and European Parliament, as well as the Vice-Presidents of the Commission and the High Representative of the Union for Foreign Affairs and Security Policy, will also be filled with significant implications for the EU’s policy agenda.

Finland’s ‘trio’ Council programme, developed in coordination with the Romanian and Croatian Council presidencies and approved in November 2018, includes a focus on the Digital Single Market and covers policy areas ranging from the platform economy to the role of artificial intelligence in innovation. With the start of a new legislative cycle, the ability to propose legislation lies with the Commission as it sets the priorities and work programme for the coming years. Finland’s six-month presidency will not, therefore, see any major new legislation. Instead, Finland has committed to focusing on the outstanding legislative files from the previous term, including continuing trilogue negotiations on the pending ePrivacy proposal.

High MEP turnover in the 2019 elections represents a loss of technical expertise and sectoral knowledge for the tech sector, particularly in key parliamentary committees such as IMCO (Internal Market and Competition), JURI (Legal Affairs) and LIBE (Civil Liberties, Justice and Home Affairs). Given the prevalence of issues related to the digital economy within European election campaigns, key briefs including data policy, privacy and digital taxation are widely expected to be addressed in the next legislative term. The lead taken by the Finnish Presidency on digital policy, and the expertise it can provide, may therefore help set the pace for discussion of the tech sector in the new Parliament.

The priorities for the Finnish Presidency

After several weeks of political uncertainty in Finland, some clarity has now emerged from Helsinki. Parliamentary elections in April 2019 were followed by intensive inter-party negotiations to form a coalition government and finalise a four-year work programme, published earlier this week. The new five-party, centre-left coalition led by Antti Rinne’s Social Democrat Party (SDP) is expected to pursue a domestic policy agenda focusing primarily on socio-economic and environmental issues.

In terms of EU-level actions, the work programme outlines Finland’s support for an EU digitalisation policy supporting “sustainable” regulation of platform services, a strengthening of the Digital Single Market, and promoting data protection, as well as its interest in increasing Nordic-level cooperation on digital issues. Although high-level, these commitments are likely to frame Finland’s approach to both its Presidency and its outlook within the European Council. The nomination of Jutta Urpilainen, a former Finance Minister and member of the Social Democrat Party (SDP), as Finland’s 2019-24 Commissioner also indicates that the incoming Government’s approach will also be represented within the Commission.

Coordinating Finland’s presidency will involve multiple branches of government. Finland’s EU policy is coordinated through the Ministerial Committee on European Union Affairs which eight ministers from across the Government. Although the Prime Minister’s office will be responsible for planning and implementing the Presidency’s work, Finland’s Permanent Representation in Brussels will play a crucial role in coordinating the Council’s activities and as a point of contact.

Why it matters for the tech sector

A detailed mapping of the policy priorities of the Finnish Council Presidency for the tech sector will be possible once the Finish Government publishes its work programme later this month. Nevertheless, the broad fundamentals for the tech sector are already clear and the incoming Finnish Presidency has indicated its interest in engaging with external stakeholders in several policy areas, including data policy, digital transport and 5G infrastructure.

Finland’s thriving digital sector, encompassing manufacturing, burgeoning research and development, and investment in digital infrastructure, provides an opportune moment for tech firms to engage with a Council Presidency that is well-placed to understand, acknowledge and respond to the priorities and concerns of the sector. This creates an opportunity for companies to proactively engage with policymakers in order to influence how the policy agenda develops in the next legislative term.

If you would like to discuss how your company can make the most of the opportunities offered by the Finnish Presidency then please get in touch.

You can also sign up below to be kept up to date on all of our briefings on EU policy developments.

With a background in political and economic analysis, Owain joined Inline Policy in 2019. He provides political analysis and monitoring for the sharing economy, online platforms and emerging technology clients from Inline Policy’s Brussels office. He has a particular interest in the short-term accommodation market and writes a weekly newsletter covering the sector.

What next for the Online Safety Bill?

The Online Safety Bill is the UK Government’s flagship piece of digital regulation, the British equivalent of ... Read more