Inline’s at-a-glance guide to the 2019 election

The UK’s fast approaching elections will have major ramifications for businesses, citizens and Britain’s relationship with the rest of the world. Our one-page guide summarises where each of the major parties stands on the most important policy issues for the tech sector.

Following the publications of all party manifestos, there is now a clearer view of what each of the main political parties have planned for businesses, the tech sector, Brexit, and beyond. A comparison of party positions reveals not only the points of greatest contention, but also areas of general consensus.

The nation’s tiredness of austerity can be seen in each of the main party’s proposals on business, with no major party promising substantial tax cuts, especially for corporations. There is also general agreement that the internet should be more heavily regulated, that the climate crisis must be tackled more determinedly, and that more needs to be done to connect Britain’s regions to one another.

However, if the parties largely agree on what the country’s objectives should be, the methods of reaching those objectives demonstrate the differences in their outlooks. Labour’s programme calls for nationalisations of the broadband infrastructure and railways, whilst the Conservatives call for more Government attention and investment, but maintain their belief in the power of the free market to deliver public goods.

Moreover, some policy areas demonstrate that the parties still have fundamentally different visions for Britain. The most obvious example of this is Brexit, but there are others. Whilst Labour would simplify employment status to effectively bring gig workers under the same umbrella as employees, the Liberal Democrats have pledged to modernise employment law in light of the digital economy. Whilst the Conservatives seek to overhaul the existing immigration regimes, their counterparts seek a continuation of freedom of movement.

Our table seeks to make these areas of concordance and discordance clearer. Along with our accompanying briefing, it shows what each of the four main parties – the Conservatives, Labour, the Liberal Democrats, and the Scottish National Party – has pledged to do across a range of important sectors, from business to Brexit, and everything in between. 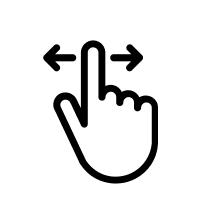 Preventing illegal hate speech online is a priority for policymakers worldwide, and the need to do so is ... Read more

COVID-19: a turning point for online content regulation in the UK?

As the UK prepares some of the most ambitious online harms legislation in the world, the unprecedented ... Read more